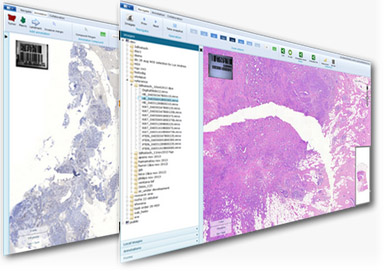 Pathology is a branch of medical science primarily concerning the examination of organs, tissues, and bodily fluids in order to make a diagnosis of disease.

General pathology describes the scientific study of disease which can be described as any abnormailty that is causing changes in the structure or function of body parts. In pathology, the causes, mechanisms and extent of disease may be examined.

The resulting changes in the structure or function of a body part and significance of the disease is also considered. A general pathologist would usually be familiar with all aspects of laboratory analysis and trained in clinical chemistry, microbiology and hematology, for example, but their knowledge would be less detailed than that of a subspecialist in one of these fields.

This branch of pathology involves the study and diagnosis of disease based on the examination of surgically removed bodily specimens or sometimes of the whole body (autopsy). Aspects of a sample that may be considered include its gross anatomical make up, appearance of the cells and the immunological markers and chemical signatures in the cells.

Who is a pathologist?

Pathologists are physicians who specialize in the diagnosis and characterization of disease based on the examination of tissues removed from diseased body parts or biopsy samples. They can also diagnose certain diseases and conditions through the laboratory analysis of various bodily fluids such as the blood, semen, saliva, cervical fluid, pleural fluid (around the lungs), pericardial fluid (around the heart) and ascetic fluid (collected in the abdomen in liver disease).

Pathologists specialize in a wide range of diseases including cancer. Tissue samples are observed under a microscope and the cellular pattern observed to help determine if a sample is cancerous or non-cancerous (benign). Pathologists also employ genetic studies and gene markers in the assessment of various diseases.

Pathologists work in conjunction with clinicians to help them make decisions regarding the most appropriate treatments for different disease conditions. Pathologists may also conduct post mortems or autopsies to investigate the cause of death. These specialists are called forensic pathologists.